You are here: Home / Bible Study / The Woman at the Well Who Perceived Correctly
Tweet
Pin2K
Share3
2K Shares 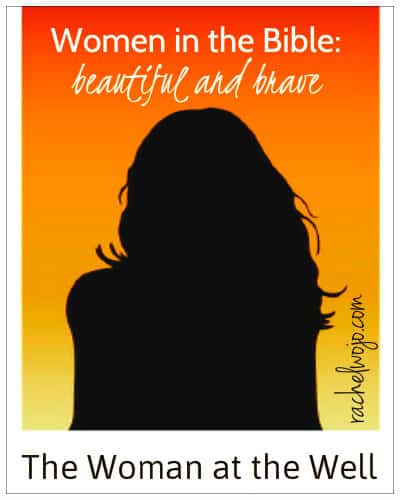 This week our featured guest is “The Woman at the Well Who Perceived Correctly.”

Shame had forced this nameless woman into gathering water during the hottest part of the day. While her full story isn’t known, somehow the woman landed at the well at the same time as Jesus. I wonder what thoughts ran through her mind as she walked closer to the well and saw him there. As a marked woman of adulterous character, the typical community time for drawing water was outside her comfort zone. Most likely the looks and whispers bore too much hurt. Perhaps the fear of being stoned in accordance with the law haunted her mind and soul. I’m guessing that the woman didn’t think Jesus would say anything to her since she was a Samaritan. After all, the two cultures didn’t mix on any level.

The Samaritan could hardly believe that Jesus spoke to her.

The shock of his words drew her curiosity. That he would speak anything to her at all was a surprise in and of itself, but even more so,  he boldly declared that this water she drew from Jacob’s well was hardly satisfying. Her practical assessment skills tell us she was accustomed to thinking on her feet. Her historical defense of the well provides proof that she had received at least a basic education.

The woman said to him, “Sir, you have nothing to draw water with, and the well is deep. Where do you get that living water?  Are you greater than our father Jacob? He gave us the well and drank from it himself, as did his sons and his livestock.” John 4:11&12

I wonder if Jesus was chuckling under his breath at her limited knowledge.

Say what? The poor woman was a little confused at this point. Where could this incredible water be found? I believe her response to Jesus at this point divulges so much about her. “Sir, give me this water, so that I will not be thirsty or have to come here to draw water.”

Tired of facing her critics.

Tired of the demand of meeting physical needs.

Tired of the drama of being the social outcast.

This water seemed like more than enough. Oh to never have to be thirsty again! Then Jesus told her to call her husband and he would give both of them all the information. However, the woman replied that she had no husband. Jesus responded that she was telling the truth but that he knew she had 5 husbands previously. And not only that- the man she was living with right now was not her husband. Don’t you think the shame she forced down so many times surged over her body anew?

After more conversation, the woman at the well understood that this man was indeed Christ- the Son of the Living God. She was so excited that she forgot what she came for- the water. She ran back into town without water or her water pot and proceeded to tell everyone she knows that the Messiah had come and they should all come and see. “He is the one who told me all the things I ever did.” So the people of Samaria headed out to see this Jesus and hear him teach. How I love John 4:39:

Many Samaritans from that town believed in him because of the woman’s testimony, “He told me all that I ever did.”

When this woman realized Jesus, the answer to the plight of humankind, stood before her, she boldly declared her faith.

Take a peek at this profile of the Woman at the Well, beautiful and brave.

My prayer is to be like the Samaritan woman, beautiful and brave.

That many people will believe in Jesus because of my testimony.