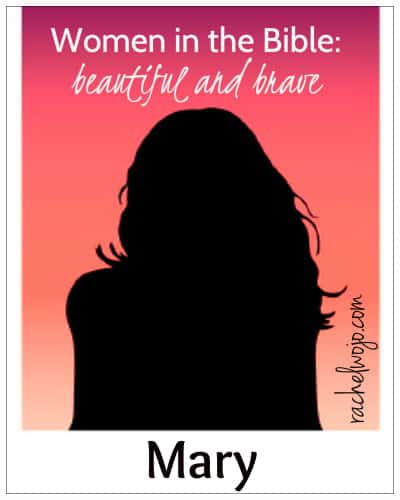 This week we are taking a look at Mary who anointed the Lord. I love the way the apostle John depicts Mary because he provides a few details that the other Gospels don’t reveal. In John 11 & 12, he begins with Lazarus, the ill brother of Mary and Martha. In verse 2, John gives us a clue about Mary to identify who she is:

It was Mary who anointed the Lord with ointment and wiped his feet with her hair, whose brother Lazarus was ill.

I believe Mary was well-known for this incident and in the KJV, these words are in parentheses, signifying that this is a note to clarify who Mary is. The sisters knew Jesus and sent a message to him: “Lord, he whom you love is ill.”

I’m guessing that this family felt secure in their relationship with Jesus. The wording held a sense of urgency for the master and surely, surely he would rush to their sides and heal his friend, their brother. Verse 5:

Now Jesus loved Martha and her sister and Lazarus.

Clearly Jesus would indeed hurry to his sick friend. After all, he loves him. He wants what is best for their family and his plan for their lives is beyond their imaginations. Healing must be right around the corner, right?

But no, what Jesus did next is not humanly logical. Verse 6:

So, when he heard that Lazarus was ill, he stayed two days longer in the place where he was.

Can you imagine how many times Mary and Martha must have looked out the window,hoping to see Jesus? I wonder if they questioned their relationship with him? Maybe they thought he did not love them as much as they had presumed. They could not wrap their heads around the reasons he was taking so long to arrive. And now, in their minds, it was too late. Lazarus had died. Verse 17:

Now when Jesus came, he found that Lazarus had already been in the tomb four days.

Upon hearing that Jesus was close by, Martha ran to meet him. But Mary did not; she sat still in the house. I wonder if her emotions had gotten the best of her and she simply could not bring herself to face the man who had the power to heal her brother. Why, oh why, had he arrived too late?

Martha returns to her sister with the request that Jesus wants to see her. At this point, Mary quickly runs to him and falls at his feet. Her words fall flat on her own ears: “Lord, if you had been here, my brother would not have died.”

Not too much later, in John 12, we find Mary at the feet of Jesus once more. Just as she boldly spilled out the truth of her emotions when her brother died, this time she boldly spills out a costly perfume over his feet, a public testimony of her love. Though criticized openly for her beautiful and brave “pouring out,” Jesus defends her selfless act.

Beauty is often displayed through sacrifice and bravery through acts of humility.

These were the characteristics of Mary, beautiful and brave. Here’s her profile:

Wouldn’t you love to have a nice long chat with Mary?

Each week I want to highlight one of the posts linked up in the previous week. This week, I chose Andrea’s post because I so desperately want to implement her prayer method of moment by moment grace. You can find her wonderful post here.

Original Post: Women in the bible: 5 of the most beautiful and brave