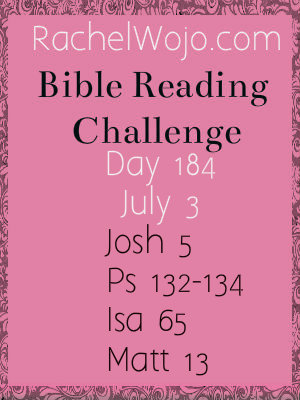 Hey there! Today is week 2 in the series “How to Replace Negative Internal Chatter” and in this series, we are learning how to replace that pesky negative inside chatter of the mind with honorable thoughts from God’s Word. 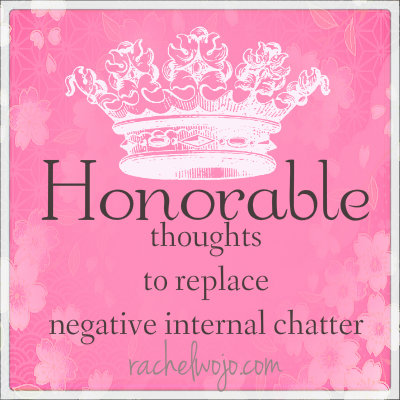 In Phil. 4:8, Paul outlines what we should be thinking on:

What is the difference between “true” and “honest?”

Then I began to read the verse in other versions and two other words were used… “noble” and “honorable.”  As I dug a little deeper, I discovered the original language of this verse indicates: “to hold in deep respect.”

Paul is telling us to think honorable thoughts- thoughts that would be respectful of God, others, and ourselves. Not only are we to think on things that are true, but also things that give dignity to our life status.

When we accepted Jesus as our Savior, we became God’s child- an heir to the throne of Heaven. (Titus 3:7) In reflecting on Paul’s charge to think on things that are honorable, I believe Paul is telling us to think like the child of the King- prince or princess- we are.

Oh my. I’m afraid that negative internal chatter is NOT very princess-like.

I don’t know if you’re familiar with The Princess Diaries movie, but if you have 3 minutes, you can take a little peek at what I’m thinking of here. I’m afraid my internal chatter, and perhaps yours as well, equates quite well to Mia’s pre-princess predicament.

You see, Mia came in as a frizzy, wild, unpolished girl and once she was willing to undergo a few changes, she made her appearance as a polished, poised princess.

I wonder if God sees my mindless internal negative chatter as comparable to Mia and her lack of royal dignity. Because I’m guessing He might just shake His head a bit at me like we do at Mia and her unpredictable spontaneity.

Perhaps He gazes fondly and says to Himself, “She has a bit of growing up to do but she is going to look so beautiful when she wears the crown.”

This is the reason it is important to turn off the negative internal chatter and reflect on things that are honorable- because we want to reflect the glory the King deserves.

Bloggers, thanks for linking up to Whimsical Wednesdays! I appreciate each of your encouraging posts. 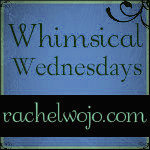 And I really want to know:

Do you have a royal thought you could share that would give the King the glory He deserves? Perhaps something like “I’m so thankful Jesus saved me and made me an heir to the throne.” I’d love to read it in the comments!

And today, my post on “10 Tips for Enjoying Family Day Trips” is up at The Better Mom. Hope you’ll stop by over there to say “Hi!” and check it out. (post goes live Wednesday morning)

Every day I strive to become more like Christ and every day, guess what? I’m failing. I read Psalm 51 and think of David- his prayer of utter desperation. He begged God for forgiveness of his horrible sins-sins of deceit, adultery, and murder.  The words of pleading for God to remove the darkness of his… 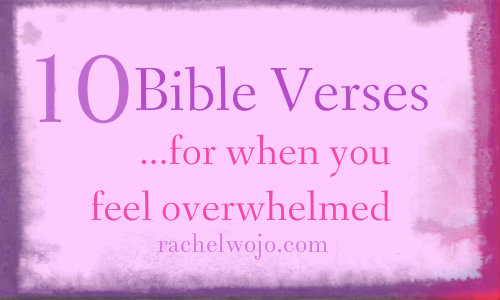 The best remedy I can possibly recommend for feeling overwhelmed is reading God’s Word. So I know this is a simple post, but a beeline of verses that hit the heart of the matter are just what the doctor ordered. From the end of the earth I will cry to You, When my heart is…

Welcome to Whimsical Wednesday, our weekly blogger linkup party!  Thanks for linking up your encouraging posts of all kinds! Have you ever been criticized for anything? If you answered “no,” then I need your secret! Or could it be that if we never encountered criticism, it means we had never attempted anything worthwhile? Jesus told…

Hey there! Whenever I’m facing an issue or trial and need the grace and knowledge on how to get through it, I turn to God’s Word. As a result, many times over the last year, my blog post for the day has been a list of Bible verses by topic that have inspired and…

Up to bat at the Gypsy Mama’s place again. It’s that time- Friday’s here! (Everyone on three: HOORAY!)  On Fridays the writing gals unite and link, one word provided by the ringleader Lisa-Jo. And the word winner is: TOGETHER. 5 minutes of gloriously unedited writing. Here we go. Flowers were starting to nod their heads…

It’s Friday, as if you needed to be told, and on Fridays, the writer in me glories in taking five minutes just to be free. To write on the prompt provided by my friend, the Gypsy Mama, no take-backs.  This week her one word: GIFT. So here we go: The gift came from her heart….