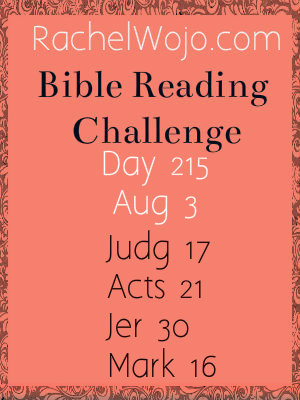 My regular readers know that I typically don’t post on the weekend. But I just had to write this down. It’s been bothering me all week…

Sometimes the Bible keeps me awake at night.

Yes, you read that correctly.

It’s not that I can’t sleep so I turn to God’s Word and I’m fully comforted.

Though that has happened to me before too.

I mean that I read a passage and it puzzles me. I ponder it and think about it. I discuss it with my husband. And yet, a part of me remains unsatisfied.

So I lie awake at night, asking God to help me understand. 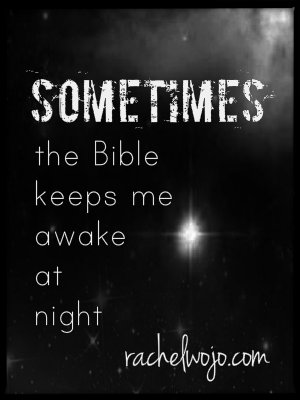 Judges chapter 11 introduces a man named Jephthah, who was a mighty warrior, but, the son of a prostitute. When Jephthah grew up, the leaders of Gilead, his half-brothers,  drove him out of the land because they said he didn’t deserve to live there. After all, his mama was a prostitute- and everyone knew it.

So Jephthah moves on with his life- his heart is right with God and it turns out that he is called up by those same men who drove him out of their land, asking him, the mighty warrior, to lead them in battle against the Ammonites.

I don’t know about you, but I personally would have told them to take a hike. Jephthah, instead, decides to help them in this particular battle and says to them “If the Lord gives the Ammonites over to me, then I’ll be your leader.” Fair enough. They win the battle, Jephthah becomes the leader and he honors the Lord with his words.When we arrive at verse 29 of this chapter, the Bible says “The Spirit of the Lord was upon Jephthah.”

Isn’t that inspiring? The poor kid on the block, son of a prostitute, is hated by everyone, yet he not only grows up to be this incredible, mighty warrior, but he also has the Spirit of the Lord on him and becomes the leader.

Isn’t that a great story? I really think it is. The only problem is: it doesn’t stop there.

Jephthah is fighting a losing battle with the Ammonites and though he has made progress in various places, he moves past Mizpah, only to be facing those pesky Ammonites in battle again. Tired of fighting battles, the weary warrior makes a promise to God in a moment of desperation.

God, if you’ll give the Ammonites over to me for good, then when I get home from this war, whatever comes from the door of my house to greet me will be lifted up to  You as a burnt sacrifice.

What was this man thinking? How could he possibly vow a vow of such magnitude?

But Jephthah fought the battle and God gave them into his hand.

Upon arriving home, Jephthah’s only daughter comes running out of his house, dancing and playing the tambourine in celebration of her father’s victory and loss of the enemies.

And Jephthah’s greeting turned from hello to goodbye in a few minutes, as he explained his promise to the Lord to his one and only daughter.

I think I got to this point in the reading and thought, “Ok, enter said ram real soon.” Because I fully expected God to plop that substitute sacrifice right down by Jephthah like he did for Abraham.

I mean, we all know that Abraham held the knife over his son as he lay on the altar and at that very point, God intervened and provided Himself the lamb for the sacrifice. The ram was stuck in the thorns, right by Abraham. I’ve heard sermon after sermon over this beautiful picture of God’s love for us…

Surely, surely, God was going to do this same miracle for Jephthah. Cue the sheep! Dust off  that thicket!

But no. I quickly read through the end of the chapter and after a few details are explained, the ending is that Jephthah “did with her according to the vow that he had made.”

His one and only daughter was consumed as a burnt sacrifice to fulfill the promise that Jephthah had made to God.

This story kept me awake for hours. And I came to a few conclusions:

While the sacrifice of Jephthah’s only daughter breaks our hearts, and just about killed him, I’m sure, he knew that he could not break his promise to the Lord God Almighty.

Perhaps Jephthah had a favorite dog he was thinking of when he promised God a sacrifice. No matter his thoughts, his promise could not be broken.

and the one that kept my eyes peeled back late at night:

I can’t explain today exactly all that statement means to me, but I’ll just tell you this:

My mama’s heart grieves and wishes that I could take my Taylor’s girl’s disease upon my own body so that she did not have to endure the suffering and pain.

So that she will not have to die a very, very slow death at the rate of a few nerve cells each day.

This is her sacrifice- and God hasn’t provided a ram.

then I get just a little, tiny glimpse of what Heaven will be like on that first day when we arrive in our new bodies, with new minds… and for the first time in our lives, we understanding everything- God’s full plan of redemption for the world and our tiny little part in that enormous plan.

So that’s why God’s Word keeps me up at night.

I can hardly wait for the day. 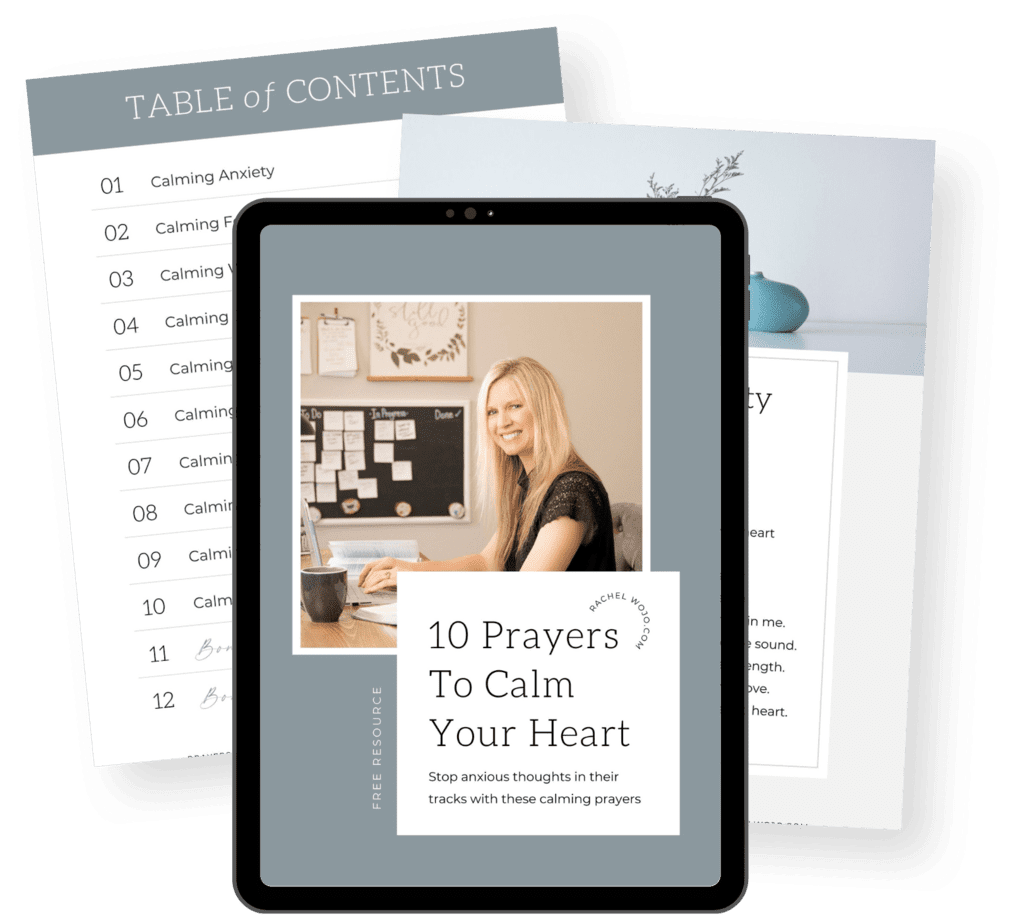