It’s a descriptive phrase many of us know and use. When it’s used, we all know exactly what it means. A “David & Goliath” story. Who doesn’t love an underdog victory? I know I do! We look at Goliath as the HUGE obstacle he was, with his full suit of armor and mega war weapons. Then there’s the shepherd boy, David, with just 5 smooth stones in his pocket and a well-used sling.  But with God on his side, I wish I could have been there to hear David’s voice across the valley. “I come to you in the name of the Lord.” And with one throw, the enemy was defeated.

We love the victory story and yes, I too revel in the glory for sure. However, Goliath was only the beginning of David’s battles. David became quite the fighting pro. While he was anointed as king at a young age, David didn’t take the throne for many years. Those years were spent running and fighting; there was nothing pretty about them at all. But upon the full victory over all his enemies, David offered a beautiful gift we still have today- Psalm 18.

I like to call Psalm 18 “A Survival Guide for the Overwhelmed.” One of the survival tips in David’s guide is prayer. He prayed to God in praise, he prayed in distress, and he prayed when he needed help. No matter his state of being, his first action was to call on the Lord.

Prayer should be our first response, not our last resort. – One More Step 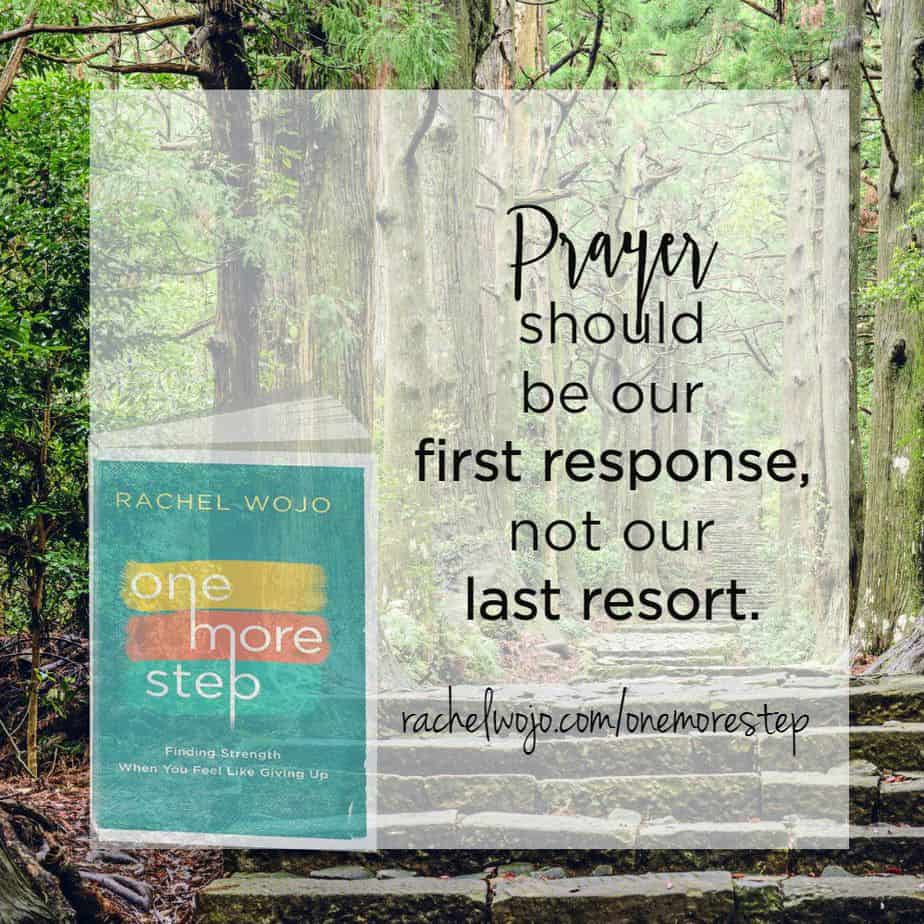 I call upon the LORD, who is worthy to be praised, In my distress I called upon the LORD; to my God I cried for help. From his temple he heard my voice, and my cry to him reached his ears. Psalm 18:3

If we are in a habit of praying regularly, then when that overwhelmed feeling threatens us, our prayer reflex will kick in  automatically. This is why keeping an open lifeline to God is so important. We need it continuously, and our heavenly Father loves to hear from us.

Blessed be God, because he has not rejected my prayer or removed his steadfast love from me! Psalm 66:20

Would your prayer in this moment be a first response or last resort?

He will not reject your prayer. Ever. But oh, how he longs to hear from you.

You can find all 6 tips from David’s Survival Guide in chapter 8, Overcoming the Overwhelming, in One More Step: Finding Strength When You Feel Like Giving Up.

A Prayer for When I Can’t Sleep Dear Father, I can’t sleep. I’m tossing and turning. Again. I’m so thankful You never grow weary And You never sleep. I’m thankful that You are here with me right now, Even when my mind won’t stop churning… And my head won’t stop spinning. Even when I know… 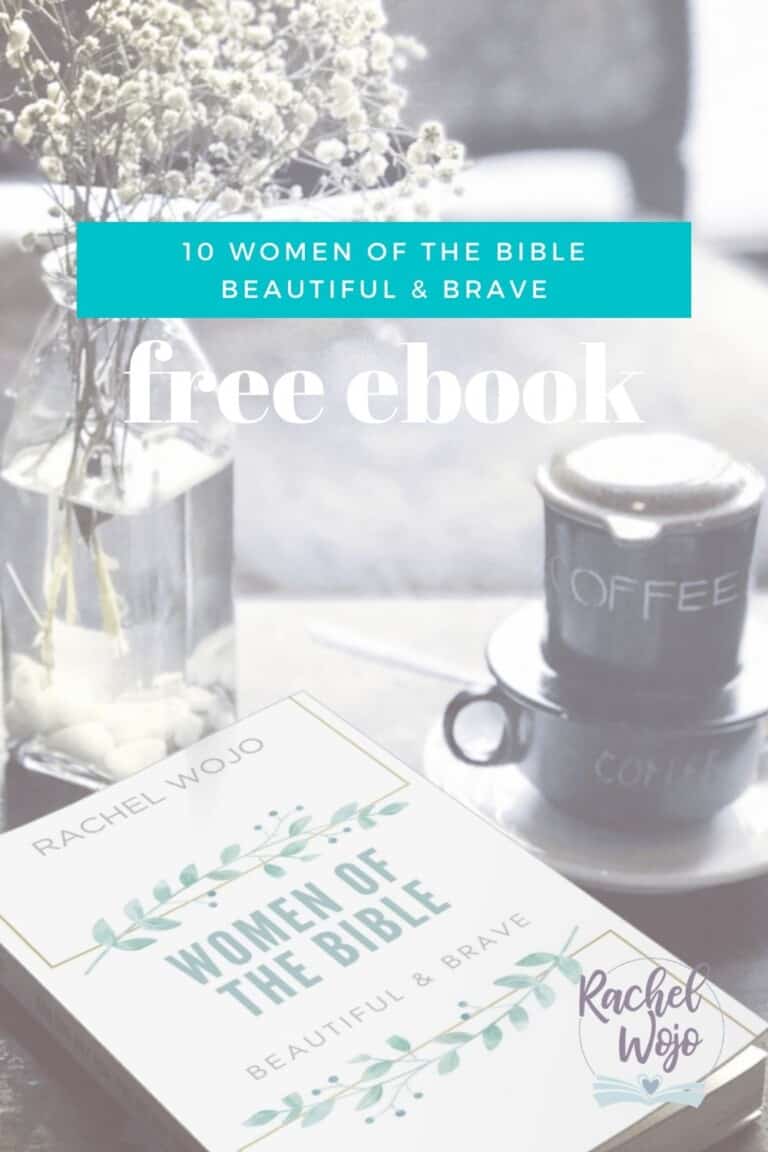 Big fish. Whale.  Jonah. We all know the story from childhood.  But right now I’m in the second week of Priscilla Shirer‘s Bible study: Jonah: Navigating a Life Interrupted. Frankly, I think my entire adult life has been one series of interruptions after another.  Many of you may feel the same way.  I’m cruising along…

Ever wake up with a song in your heart? Then it plays over and over in your mind the entire day? Today was one of those days for me. I finally googled the song, thinking it was an old hymn. To my surprise, it was written in 2003 by Stuart Townend. The volumes spoken by…

Last week, Taylor, my daughter who has MPSIIIB, caught a cold.  Not a problem. At least it seemed that way.  Then over the next couple days, she was not herself.  Made it through the last day of school and then a  little extra sleep.  Saturday, she seemed to be a bit better. Then Sunday, she…

You can’t shake the feeling and wish you could. It’s unruly and unsettling. The feeling bosses your mind and controls your heart. You find yourself searching for satisfaction… contentment… fulfillment. Essentially, for purpose in life. Yet it seems so elusive. If only you can make it to the next payday, things will change. If only you…