Oh, wow. Can’t believe I just titled a post with grammar of that caliber. Can that even be labeled “grammar?” Regardless, most of you know what it means. Basically if it “done got up and went” then you are spent. There is nothing more to give. You are depleted in mind, spirit, or body, perhaps all three, and you just don’t know how… or where… or when the next task will be accomplished.

I’ve been there a few times… six kids, twenty or so piano lessons a week, multiple church ministries, homework, housework, sports…the list goes on. We all get tired. Even more trying circumstances… divorce, disease, and death, compete for our time and energy. But the most difficult of these situations occur when our desires and responsibilities are on different plains.

God directed me to this passage a couple months ago and it has been such a pillar of truth.

He chose David also his servant, and took him from the sheepfolds:   From following the ewes great with young he brought him to feed Jacob his people, and Israel his inheritance.   So he fed them according to the integrity of his heart; and guided them by the skillfulness of his hands.

David is identifying that God used his serving days of shepherding to prepare him for the kingship. The character of integrity and skill was on the job training for the future. We often look at David’s “lion and bear” days when we read about his defeat of Goliath. And that is awesome! However, the point I’ve been driving home in my own heart is that hunting down the little lost lambs, finding resources to meet their needs… the act of caring for the sheep in every way was the responsibility God issued for that period. There was nothing glamorous about it. There was no one out in the field, praising David for his excellent care. There was no one to do the job but David.

And wherever God has you or me, whatever duty He has placed us in, no one else can do it but you or me. Oh, He will accomplish His work, but:

Would you rather it be through you or in spite of you?

According to the integrity of your heart.

God always goes above and beyond. Have you ever really thought about that? Now to him who is able to do far more abundantly than all that we ask or think, according to the power at work within us… Eph. 3:20 In my ebook, The Sensational Scent of Prayer, I unfold a story of…

Lately when I’ve looked in the mirror, I’ve been a bit more critical.  Perhaps because that magical age of ….(you thought I’d actually tell you?!) is arriving very soon.  The creases and wrinkles seem to be more prominent.  I watched myself on video today and the lighting wasn’t exactly flattering.  One brow seemed to be…

Today I have the privilege of introducing a brand new book, released TODAY: Etched Upon My Heart by Jill Kelly. Jill is a best-selling author and the wife of Jim Kelly, former NFL star and this book is absolutely beautiful. I’m excited to offer this Etched Upon My Heart book review AND giveaway of one… 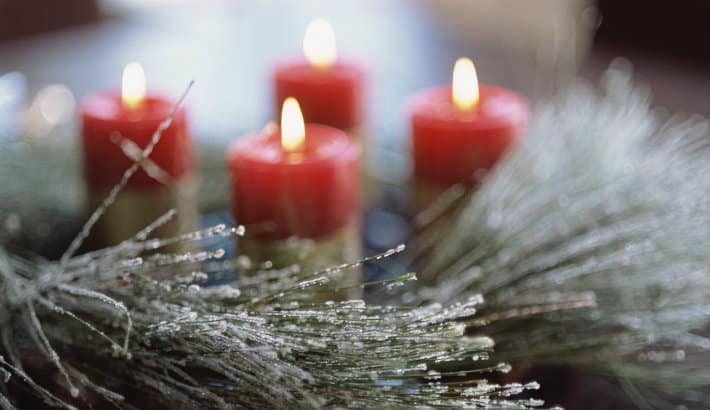 I find myself needing to remember this quote from Bob Hope today. It’s so easy to complicate Christmas. Perhaps you could use the reminder also. When we recall Christmas past, the simplest things – not the greatest things- give off the greatest glow of happiness.   May your week overflow with simplicity.

The Monday series, Grace Is For Giving, has been such a blessing to me; and I hope to you as well. This is our last week of the series, though we will continue with the Monday blogger linkup. So far, our grace discussion has been: Week 1: Grace Begins Week 2: Grace Saves…and More Week…

Today’s Agenda: Place: Columbus Museum of Art Time: 1pm Activity: Family Adventure Time Your mission, should you choose to accept it, is a scavenger hunt through the museum designed for families with children of multiple ages. And I accepted the mission. After all, there are no current admission fees. When you have seven kids, “free”…