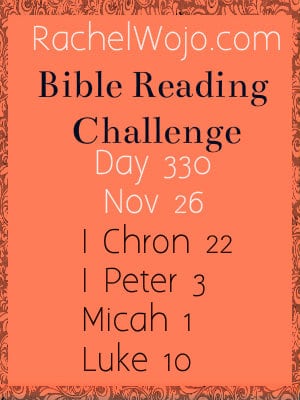 She really does have well-behaved children.

Oh.my.word. That dress looks like it was tailor made for her!

He deserved that promotion; I wish I had his ability.

The comparison game is such a deadly one. The proverbial grass is always greener on the other side of the fence. We play life as though it were Jeopardy and our minds say: 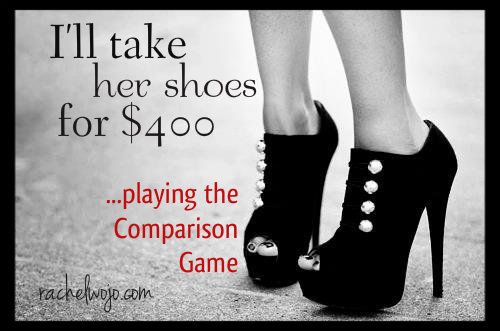 Yes, we’re playing the comparison game. I confess to you, I’ve played the game. The thought has appeared for a moment that I’d rather be in her shoes.

But I forget I’ve never walked a mile in those shoes. And do I really want to fork out $400 for them?

Those shoes could cause freakish blisters that result in ugly band-aids.

Her shoes may look cute, but after an hour, my feet would be aching. And my face wincing.

That pair of sleek booties may require much more balance than one ever dreamed. One step and my ankle is twisted.

In the game of comparison, we’re continually looking around at others and comparing ourselves to one another.

And ultimately- the reason for wanting her shoes in the first place has nothing to do with her. And everything to do with my own inability to be thankful- right where God has me.

I want her shoes because I haven’t accepted the ones God has given me. Her shiny black heels with the peekaboo toe are so much more appealing than my dingy white sneakers.

We want her children that seem so well-behaved.

We want that kind of marriage that appears so perfect on the exterior.

Each of us are continually searching for more, that next step, that next “bigger and better.”

Why is the comparison game so deadly?

Because there is never a winner.

The key to beating the game of comparison?

Just don’t start- be thankful for where God has placed you.

Be thankful for the children God has given to you.

Be thankful for the husband God has graciously paired with you.

Be thankful for the talents and skills God has entrusted to you.

Graciously bow out of the comparison game with confidence, knowing that Christ has paid for you in full…

and the only acceptance and approval you need is His.

My dingy sneakers are feeling pretty comfy today. I don’t even mind the hole on the top-an un-intended peekaboo.

Because it speaks as to where I’ve been.

And what God has brought me through.

Ever tempted to play the comparison game? How did you step out of the game? Or are you still playing?