Outside the Zone of Appearance : David

Can you remember a time when you have not done something you felt the Lord desired because of how you look?  David didn’t look the part and yet God gave him the position of King.

Do you recognize the times you have judged others for their appearance and perhaps missed an opportunity to be used of God as a result?

How does our Heavenly Father see us and what is He looking for in His children?

Welcome to week 1 of  our Women in the Bible: Beautiful and Brave series! To catch up on the details of the series, you can tune in here. I’m delighted that you are joining us as we explore Sarah, the wife of Abraham. I think Sarah has gotten a bit of a bad rap over…

Hey there! So glad you are here for another week of growing your faith through Bible reading! If this is your first time here, each month, I host a monthly Bible reading challenge and each week we take a look back at the previous week of Bible verses. Last week, I shared our family’s struggles…

Last week was the first week of summer break for the kids. Now I love my kids more than anything. Truly. But I’ll just be honest and tell you that less routine and more fun last week forced me to run to chocolate more than once. In fact, I moved the hiding place for my…

Hey there! Welcome to the Perfect Peace Bible reading summary week 1. God is working in our hearts and our online community and it’s just so cool to be a part! Thank you for helping me stay accountable to be in God’s Word each day; I’m truly grateful. If this is your first time here,… 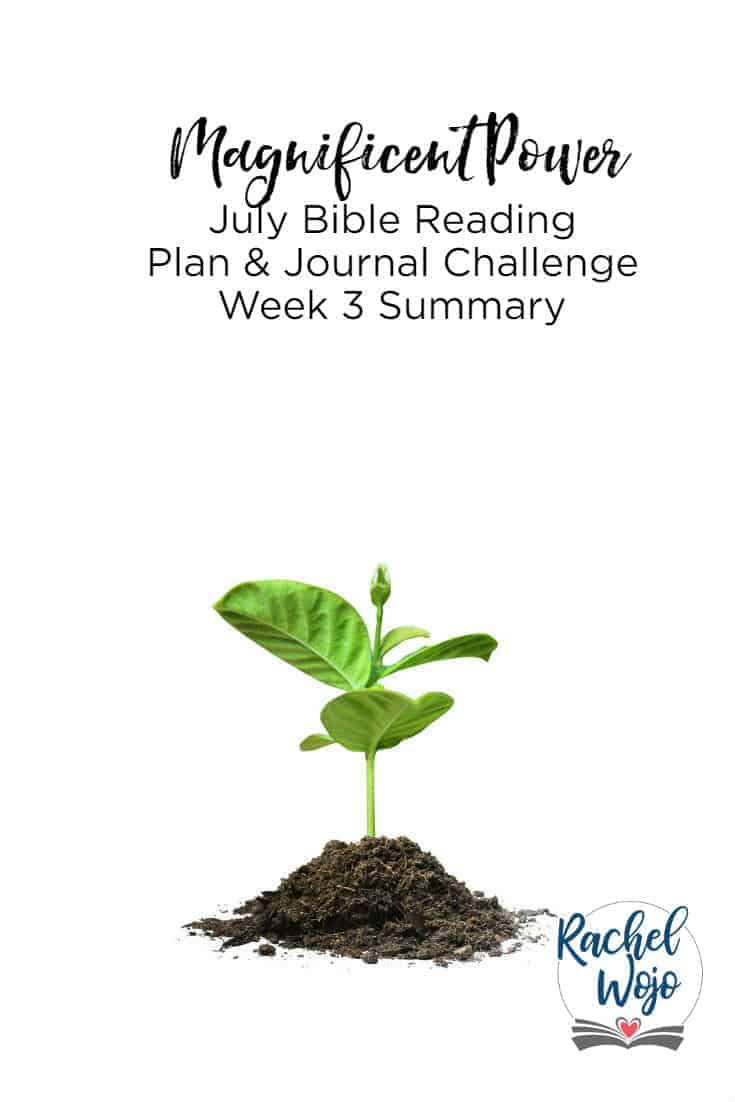 Welcome to the wrap-up for Magnificent Power: Remembering that God is Bigger than Anything. Each week, I post a review of the week’s passages so that we can continue to retain what we are reading. If this is your first time here, then welcome! Each month I host a focused Bible reading challenge and this…

The months fly around the Wojo house and I’m guessing it might be the same for you. Here we are at the end of May, staring at June and SUMMER right in the face! I can hardly believe it. So it’s time to announce the June Bible reading challenge and I have a few thoughts…