Every day I receive emails from folks who have been called to God’s work. Oh, whether they feel like they are supposed to start leading a small group or writing a blog or teaching a Bible study or nurturing a group of younger women doesn’t really matter. Most of the emails are asking for one thing. Advice on how to begin. They typically write something like:

How well I remember my first response to God’s call to write and speak. I wish I could tell you it was full-on obedience, military-style, “Yes, Sir.” But it was more like “God, are you sure you’ve got the right girl? I don’t have any experience. My husband and I are living by faith; we don’t have anything extra.”  I loved Jesus with all my heart and really wanted to serve him. But to be honest, the church nursery seemed a much more comfortable place to serve than bearing my heart online and in book form for all the world to read.

Moses and “If Only”

When God called Moses to be the leader of His people, Moses offered a similar response. He said, “But Lord, the people won’t listen to me.” And when God blew down that excuse, he said “If only I had some speaking ability.” So God provided Aaron as a spokesperson. I felt like I fell in Moses’ boat.  I hadn’t murdered anyone like Moses did, but yes, I had things in the past for which I was not proud of. I didn’t feel I had the right background or qualifications for the work he was calling me to do. In fact, I wasn’t completely sure what the work consisted of.  Yet God pursued my heart in his holy way and my spirit was convicted. I had to follow through on what he called me to do. But how? And at this point, the “if-only” outlook clouded my mind.

If only I had more money (any money would have been good!)…

If only I had more time…

If only I had a particular talent…

If only I had a stronger education…

If only I had a better skillset…

I begged God to show me the way. I needed him to make each step crystal clear.  I’m not the only person to have trouble with “if only” thinking. Neither are you. Two women in the Bible who were very close to Jesus struggled with these thoughts and you may be familiar with their story in John 11.

Lazarus, Mary and Martha loved Jesus and he loved them. They were all very close friends so when word was sent to Jesus that Lazarus was sick, of course his sisters, Mary and Martha, just knew that Jesus would come asap. After all, he loved them, there was no doubt. But in the NLT, John 11:4-6 says

4 But when Jesus heard about it he said, “Lazarus’s sickness will not end in death. No, it happened for the glory of God so that the Son of God will receive glory from this.” 5 So although Jesus loved Martha, Mary, and Lazarus, 6 he stayed where he was for the next two days.

Mary and Martha were just a little upset with Jesus for this. The first thing Martha said to him when he showed up 4 days too late to work a miracle was “Lord, if only you had been here, my brother would not have died.”

Now Mary didn’t hear Martha say this to Jesus, because she stayed in the house. But when Jesus asked Martha for Mary, she actually greeted Jesus with the same words as her sister. “Lord, if only you had been here, my brother would not have died.”

I would encourage you to read the entire chapter of John 11 if you are unfamiliar with this story. But what happens next is one of the greatest miracles of the New Testament. Jesus had the stone rolled away from the tomb and he shouted Lazarus’ name. And Lazarus, with the grave clothes still wrapped around his entire body, walked out of the tomb- ALIVE AGAIN!

If Mary and Martha had received the answer to their “if only,” Lazarus would not have been called out of the grave. One of the greatest New Testament miracles would have never been recorded.

Instead of “If only”

In John 10:27(NLT), Jesus tells a story, a parable that explains the spiritual on a practical level. He tells his disciples that he is the good shepherd and compares them to the sheep.

My sheep listen to my voice; I know them, and they follow me.

A few times, my husband and I have needed to drive separate vehicles to the same place. I follow him and I follow him closely. I don’t want any cars to get between the two of ours, especially if I’m not 100% sure of the destination address. I want to see clearly if he should choose to turn on the left signal or push the brakes.

I hope you’re still reading at this point. Because the key to following through with the assignment you believe God has given you to do isn’t discovering more time. Or gaining more money. Or gathering more resources. No. The key is straightforward.

When he turns on the left signal, you’ll see it. When he taps on the brakes, you’ll know it’s time to slow things down. Don’t let anything get between you and him.

When things get between us and Jesus, we can’t hear what he is saying to our hearts.

Moses had his “If only.”

Martha had her “If only.”

Right now, you may be fighting your “if only.”

Come, let us worship and bow down.Let us kneel before the Lord our maker,for he is our God.
We are the people he watches over,the flock under his care. If only you would listen to his voice today!

I can’t express to you the conviction of my soul in this area of listening to God. Whatever follows your “if only”, my prayer is that you would fill it with listening to the voice of the Master.  He is the only one who knows the path he has planned for you.

Get as close to him as you possibly can.

A Prayer for Willingness to Listen

Within the last few weeks, I received two emails that were quite similar in nature. Both women are moms of special needs children and are experiencing hardships. Each are on a journey to receive a diagnosis for their child and pursue treatment. Such a long, hard journey. I’ve been there… and journey still. And in…

Writers often choose a word of the year. Something witty, persuasive, inspiring. A new challenge was presented to me for this year: a picture of the year. Hmmm. So we’ve all heard that a picture is worth a thousand words. And without further liturgical ado, I present to you: The same God who empowers the… 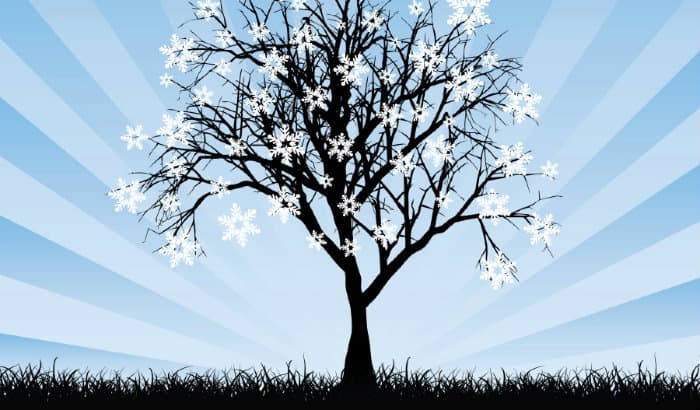 How does one traverse from solely breathing to soulfully living? Long ago and far away, there lived a divorced mom. This story is one of her total revolution- from striving to thriving. I know, I know- it seems impossible, but it’s true. That mama- her heart was scarred and her spirit was torn. The perfect…

Are you a rule keeper or a rebel? All of us have a natural tendency towards one or the other, perhaps according to the circumstances of a situation. I have a confession to make- I’m a rule keeper. A rule follower. Someone who actually likes the rules and gets upset when others break them. My husband…

This morning I had the privilege to share a prayer testimony of one of the many ways God has worked in our family’s life through prayer.  Two years ago, about this time, I was pregnant with our sweet Tarah and my belly was growing each day.  With that growth, and the glorious winter weather we…

Some time ago, I introduced to you, my father-in-law, Dr. Marion Wojnarowski, who is 75 years old and has been serving the Lord in ministry for over 48 years. His many areas of service have included pastoring, evangelism, teaching, mission work, and in recent years,he has served as the chaplain for a retirement center. While…