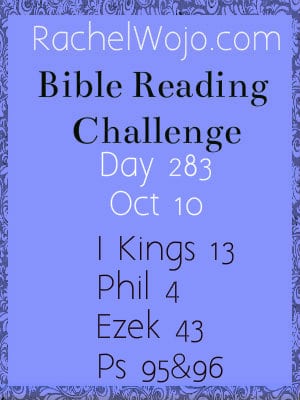 Some church folk have the story memorized.

The children of Israel had been wandering around for quite some time. Forty years, in fact.

Upon arrival at their final destination, the spies were sent out. Can you imagine the excitement? Twelve spies sent in the Promised Land, their capes flapping in the breeze and their spy glasses tucked in their front pockets. Ok, probably not- just my imagination on the capes and glasses.

Fingers clenched, they anticipated the view of the land.

They saw enormous clusters of grapes.

Cattle grazing beyond their vision.

An overflow of honey production.

It was, indeed, the Promised Land.

Of the ten spies, only two made it a point to tell of the grapes, the cattle, and the honey.

We have a tendency to look at the children of Israel at this point and say,

“You’re worried about giants?! Look at all God has done for you in the last 40 years. He’s fed you, kept your shoes and clothing from wearing out, He parted the Red Sea, and performed miracle after miracle before your very eyes! How in the world could you be worried about the giants?”

Until the giant is staring us in the face. When the circumstance seems bigger than us- we’ve identified our giant.

The battle of our giants is not about size at all. In fact, the physical appearance of their size can even be teensy tiny. Yet they pack powerful punches to our days and attitudes.

Our giants come in the form of having to change yet another diaper.

They appear in our attitudes when someone pulls their car out in front of ours. And sometimes they add a soundcheck, known as the horn.

Our giants carry laptops and iphones; they slip into the battle of trying to find joy in a job we don’t even like.

They look innocent, but have a left hook that rips the smile off our faces and delivers a black eye that immediately swells.

Our giants look like finding an entire roll of toilet paper in the toilet after a toddler decided that toilet paper on the roll is overrated. Or the couch colored- with lipstick. True story- just yesterday.

The cashier who is definitely having a “bad day”….

Maybe your giant truly is enormous, like cancer, or divorce, or the death of a loved one…

The giant’s appearance doesn’t matter. Not one bit. 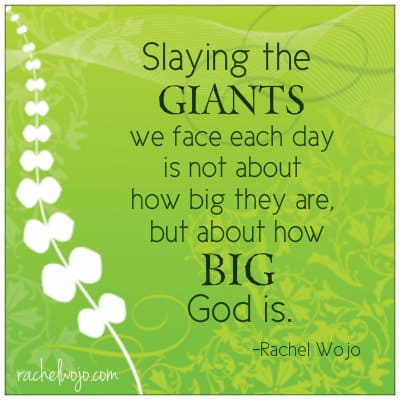 Could you share your giant with us so we can pray for one another?

Have a thriving Thursday!