Not too long ago, I introduced you to Mary DeMuth, an author who rekindled my love for fiction. On February 1, 2012, she launched a book: “Beautiful Battle: A Woman’s Guide to Spiritual Warfare.” I’ve not read the book yet (though it’s on the list!), but Mary gave me permission to share this article with my readers. I would love to hear your thoughts if you’ve read the book!

Four Things You Must Know About Spiritual Warfare:

I run the same route when I jog through my neighborhood, memorizing each house, lawn, street. This morning I run with pain because of an exercise boot camp the day before. My legs ache and they don’t lift like they should. They’re a study in shuffling lethargy. Still, my dog Pippin runs ahead of me, unaware of my internal battle to keep running.

In a hiccup of a moment, my left foot catches a rise in the sidewalk and I fly through the Texas air. Thankfully, I throw my hands in front, and my palms catch me before my head hits the cement. My knees block the blow too. I turn over, watch the cloudy sky for a moment while Pippin gives me a curious look. I’m sure he’s wondering why I’m on the ground and he’s still standing.

The spiritual life is like this sometimes. We run along familiar surroundings, unaware of sidewalk rises. And once we grow weary and shuffle, the rise catches us and we fly, then fall onto the cement. The truth is, we have a very real enemy bent on stagnating our growth, or eliminating it altogether. He is determined that we not shine Jesus everywhere we go. And he utterly hates God’s great redemptive plan played out every single day. So he watches us. Studies us. Then finds ways to trip us.

If we want to thrive, we must understand the spiritual battle swirling around us. This is a huge subject, though—one I’ve written an entire book about entitled, Beautiful Battle. There, I expose Satan’s ways, his lies, and reveal a pathway of victory, not one that comes from steeping ourselves in evil, but one founded on the supremacy of our God. To get a basic understanding of the warfare around us, remember four things.

We have an enemy.

We do have a tangible enemy who wants nothing better than to steal from us, kill us and destroy us. But God has the upper hand. He sent His son Jesus to vanquish Satan’s destructive bent for this earth and our souls. On the cross, He bore the weight of our sin, died for it in a perfect sacrifice, then rose again, conquering death. After we humbly acknowledge this outrageous act and give our lives to Jesus, the Holy Spirit moves in, giving us the power every single day to defeat the enemy’s schemes.

The enemy isn’t others.

Our battle isn’t against folks who vex us, or even our circumstances. The Apostle Paul reminds us that we’re “not fighting against flesh-and-blood enemies, but against evil rulers and authorities of the unseen world, against mighty powers in this dark world, and against evil spirits in the heavenly places” (Ephesians 6:12, NLT).

Even when we’re longing to see people we know meet Jesus, the battle isn’t against them. It’s about the world system Satan constructs. We must remember that we “win” not by winning an argument, but by falling to our knees and seeking God’s wisdom and power.

Paul encourages, “We are human, but we don’t wage war as humans do. We use God’s mighty weapons, not worldly weapons, to knock down the strongholds of human reasoning and to destroy false arguments. We destroy every proud obstacle that keeps people from knowing God. We capture their rebellious thoughts and teach them to obey Christ. And after you have become fully obedient, we will punish everyone who remains disobedient” (2 Corinthians 10: 3-6, NLT).

We must stay alert.

Just because Jesus has won the victory on the cross doesn’t mean we can lead lackadaisical lives, downplaying Satan’s ability. If anything, he thrives in places where folks don’t think he exists, where they’re dismissive of his abilities. Meanwhile, he prowls, looking for our weaknesses.

Peter encourages, “Stay alert! Watch out for your great enemy, the devil. He prowls around like a roaring lion, looking for someone to devour. Stand firm against him, and be strong in your faith. Remember that your Christian brothers and sisters all over the world are going through the same kind of suffering you are” (1 Peter 5:8-9, NLT).

The supremacy of God trumps Satan every time. He is bigger, more powerful, all knowing, the sovereign king of the universe. Resting in His capability instead of our stealth will help us rely on the One capable of winning spiritual battles. In order to grow, we must settle this issue of God’s greatness. He has the power to do great things, secure victories and save many. “Sing a new song to the LORD, for he has done wonderful deeds. His right hand has won a mighty victory; his holy arm has shown his saving power!” (Psalm 98:1, NLT).

He lives in the heavens, exalted and all-powerful, yet He chooses to commune with us, particularly if we’re humble. “The high and lofty one who lives in eternity, the Holy One, says this: ‘I live in the high and holy place with those whose spirits are contrite and humble. I restore the crushed spirit of the humble and revive the courage of those with repentant hearts’” (Isaiah 57:15, NLT). Though Satan despises our weakness, lies to us, and wants to destroy us, God promises to be with us, reviving our courage.

Sometimes it seems everywhere we look we see the devil’s handiwork, and the destruction his minions orchestrate. It’s important we realize, though, that Satan is a wounded, defeated foe, destined for judgment. It won’t always be a battle, though the deeper we grow, the more we may discern his methods.

The evil in this world, thank God, will be vanquished. “Then I heard a loud voice shouting across the heavens, ‘It has come at last—salvation and power and the Kingdom of our God, and the authority of his Christ. For the accuser of our brothers and sisters has been thrown down to earth—the one who accuses them before our God day and night” (Revelation 12:10, NLT).

Yes, now he accuses, but one day he will be silenced, and we will walk streets of gold and God in freedom and joy.

Earlier this week, I waited too late to start homework with my kindergartener, Samuel.   About the time I was calling him to come to me and begin working, he started crying about getting hurt while playing with his older sibling.  Now I don’t think he was truly injured, mostly his feelings were hurt and… 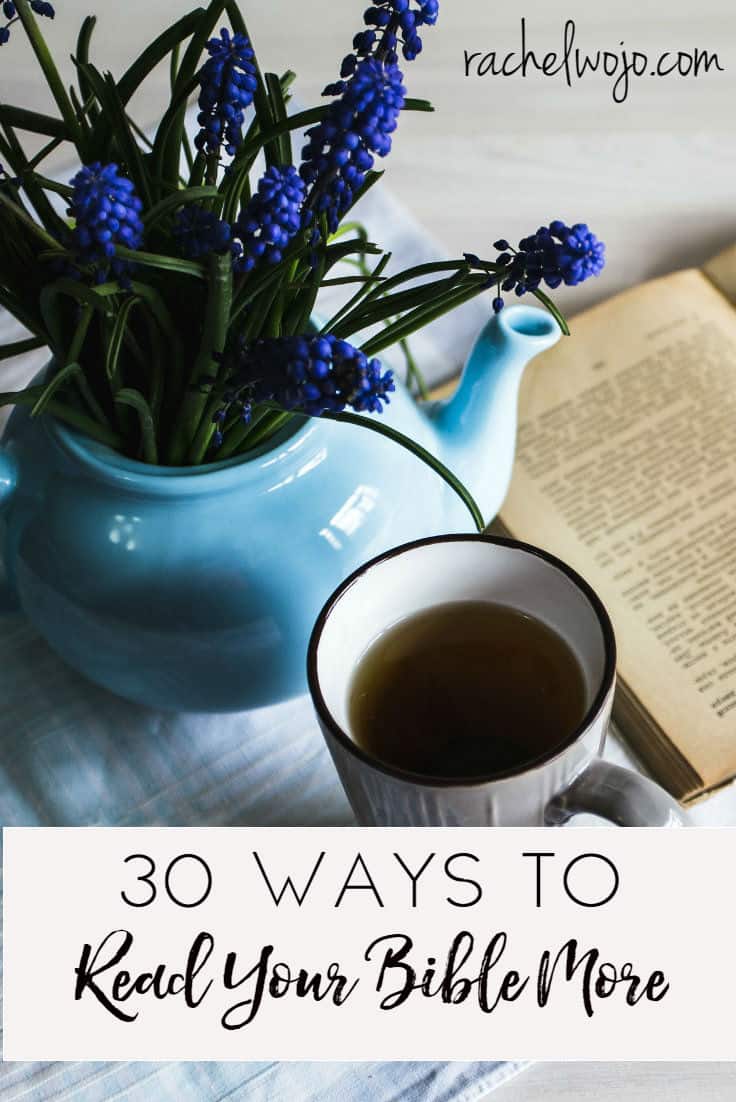 Today I was thinking about all the excuses I’ve used in past years not to read my Bible. Honestly, I’m embarrassed when I think over them. “I just don’t have enough time.” Really? Did I have enough time to update my social media status? Then… Yeah, I know you get it. So instead of beating…

Have you ever felt like you are missing hope in your life? Like every day is drudgery and you’re trying to discover purpose for the next moment? Or maybe you’ve been hit with one big wave of discouragement and you’re struggling to come up for air? In thinking over some of the situations I’ve encountered in… 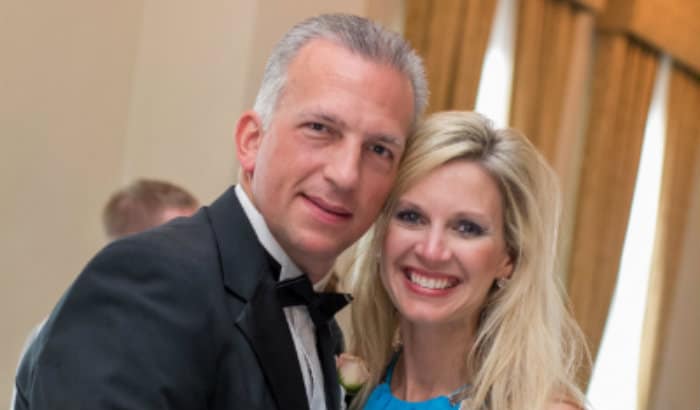 This past weekend was my husband’s 50th birthday backyard celebration! (This photo is NOT from the party. ;)) We don’t usually invite a ton of folks over for parties, because, well, our family alone is a party. But I really wanted my husband to feel the love, so we had a busy couple of weeks,…

Up to bat at the Gypsy Mama’s place again. It’s that time- Friday’s here! (Everyone on three: HOORAY!)  On Fridays the writing gals unite and link, one word provided by the ringleader Lisa-Jo. And the word winner is: TOGETHER. 5 minutes of gloriously unedited writing. Here we go. Flowers were starting to nod their heads…