The first week Tessa was home, one morning as I was making oatmeal, I caught myself with one eye closed and barely avoided using chili powder in place of the cinnamon.  I can only imagine the look Taylor would have given me for that one.

Easter weekend, I was supposed to take bread to my sister-in-law’s house. Guess what? It’s still in the frig.

That same weekend I forgot Taylor’s bag and had to stop and buy diapers.  Yep, spent $10 on what I could have pulled from the month’s supply in the closet.

Last week, Matt opened the microwave to warm his coffee and there were carrots which were supposed to be a  part of dinner the night before.

This morning, I just found black pepper in the refrigerator.

All I can say is:

Thanks, Anita Renfroe, I’m feeling like a cool rapper instead of a forgetful loser! 🙂
[youtube=http://www.youtube.com/watch?v=rCbPqi3virQ&feature=bulletin] 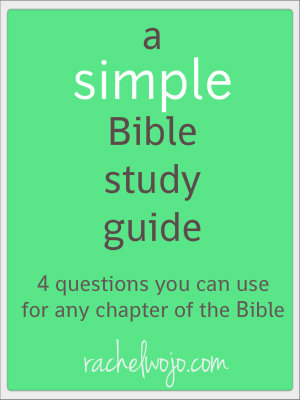 Today I’m excited to give you a simple Bible study guide for any chapter of the Bible. When reading through the Bible in larger segments as we are doing in the Bible Reading Challenge for this year, it can feel like too much to study the Bible in depth or be involved in a structured…

This week for Women of Faith, we answer the question:“If you could go back in time and tell your teenage self one thing, what would it be?”Get a new hair style? Drop the glasses, whether you can see or not?  Yes, people, that is really me.  I knew you would love it.On a more serious…

We landed on Friday, Bible Challenge Readers! I hope you’ll find a minute to check in and know that I am praying for you today. Yesterday I received an email from a dear one whose heart is hurting so. Her struggles are common to many of us. Her pain is frequently born by everyday world-weary…

Last week, I posted a prayer for when I can’t sleep. Quickly I realized I’m not alone in the occasional battle I have with sleep issues. Many times I read the Psalms when I am having trouble sleeping or I mentally recite every Bible passage I have in my memory bank. Today I wanted…

Mary DeMuth has given me the privilege of guest posting for her again today. How cool is that?! So here’s  a teaser…make sure you stop by her place to read the entire post and thanks for reading!! The smell of hot cocoa and burnt sugar with a twist of mint wafts through the air as…

A few weeks ago on Bible study night, the snow and ice pounded down at rush hour. My hubby came home from work late and before I headed out the door to prepare for the ladies who might make it to the frozen yogurt shop (where our Bible study meets- how cool and God-given is…